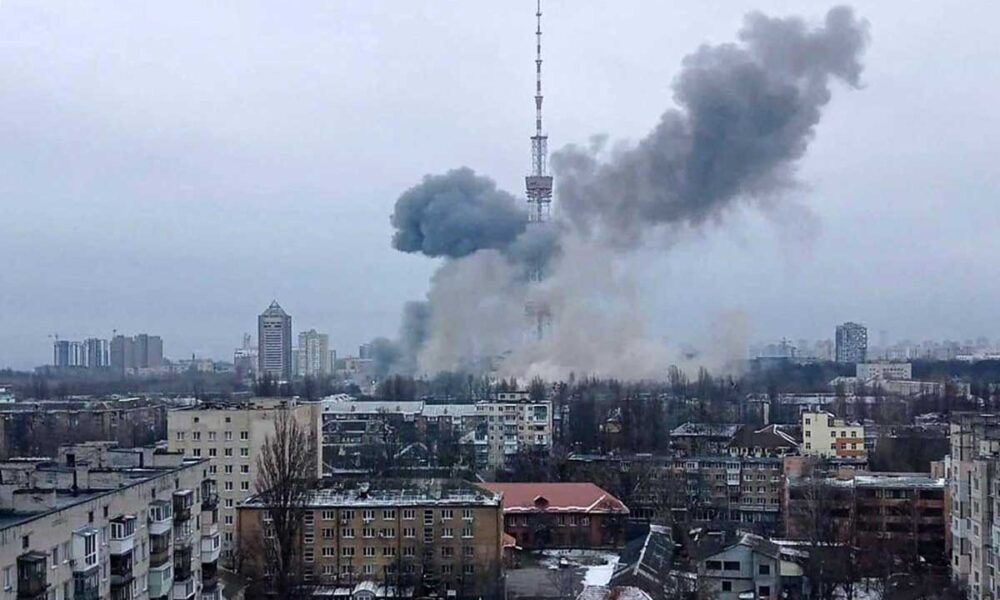 Since the start of the conflict between Russia and Ukraine the last week of February, there has been a wave of global reactions around the world. As expected, no support has come out of nowhere for Russia as condemnation of the invasion pours in. Mainly from the Western world, the criticism has been severe, involving limited economic and trade sanctions while the threat of political and military action unlikely. but remains on the table.

An interesting spin-off from this preventable conflict has been Western disappointment and anger at India’s supposedly indifferent and reckless diplomatic response. While at the political and diplomatic level Western governments reasonably understood India’s cautious approach, academia, the intelligentsia and the media were furious.

India’s refusal to condemn Russia for its aggression against Ukraine and its repeated abstentions from UN meetings on the issue, has been projected as the country’s indecisiveness and attachment to short-term goals. Furthermore, it has been castigated by some as irresponsible which could stand in the way of the country’s aspirations to emerge as a global player. However, the disapproval of India’s action has not only remained limited to disapproval and disbelief, it has been linked to the current administration of India right or wrongperceived and censored as the ideological orientation of the aggressive nationalist government.

There have been irresponsible and racially biased suggestions advising Western governments to stop giving financial aid to India. However, these so-called intellectuals do not even know that India does not receive financial aid on a bilateral basis and that even multilateral funding is often earmarked for specific projects or provided to non-governmental organizations in India. The fact is that India has become one of the major donors to developing countries in recent years, both on a bilateral and multilateral basis.

Then there were comments questioning India’s morals and principles by not openly criticizing an aggressor, in this case Russia. These suggestions conveniently overlook the fact that at the supposed peak of India’s moral and principled stance under Prime Minister Nehru, India did not even question, sidelined criticism of China when it invaded Tibet in the 1950s and allowed it to swallow a vast expanse of defenseless land of people from a rich, spiritual and cultural background. He didn’t even condemn China’s massacre of Tibetans at the time and didn’t speak out against the genocide of Uyghur Muslims in China over the past two decades.

The West did not question India when it remained silent in the face of the US invasion of Iraq and Libya on the Politics search pretext Weapons of mass destruction (ADM). Nor did the West support India when the genocide was perpetrated in East Pakistan (now Bangladesh) by brutal Pakistani military rulers. India too remained indifferent when from time to time great powers attacked smaller nations, politically, economically or militarily, whether in Afghanistan, Iran, Venezuela, Syria or elsewhere. Therefore, the very basis of a morally principled position for India alone does not hold water.

The suggestion that India’s perceived neutrality might appear to be a stumbling block in its desperate bid to emerge as a global player is again devoid of rationality. There have been issues where either of the superpowers, the United States and Russia, have shown their indifference and stood aside (Syria, Yemen, Libya) without hurting their political stature or diplomatic. With regard to India’s position, the fact that Ukraine’s repeated insistence that India play a central role in ending the conflict, Russia’s continued fabrications with India and the demands from the United States, France, Germany and the United Kingdom for India to get more involved while appreciating the special relationship with Russia, indicates that the country is right in the big leagues.

The most important aspect of the debate over the Indian position revolves around the extent to which it might be justified. In the country, there have been a good number of intellectuals, academics, politicians and media who project the horrors of war and question the government. Some anti-establishment influencers project only one side of the story, suggesting Putin, the Russian president, as the hawk.

However, the basic saying of geopolitics remains applicable to all that there are no permanent friends or enemies in international politics, only national interests have. In the current conflict, India’s national interests are best served by maintaining a good working relationship with Russia which has been a major support for India’s military, strategic and political needs (especially with the right to veto at the UNSC). Moreover, an astute analysis of the scenario would have revealed to all that the US-led NATO would not involve itself militarily in the conflict, except to support Ukraine politically, diplomatically and, to some extent, economically. Therefore, taking an open stance against Russia here would have seriously harmed India’s national interests without helping Ukraine or ending the conflict.

On the other hand, Indian Prime Minister Modi addressing the two leaders, Putin and Zelenskky, individually and using his personal connections with both, to ensure the evacuation of Indians and other South Asian citizens from the area of war, was a good decision. It’s also possible he’ll use his influence with the two to help them reach a negotiated settlement soon.

India’s current stance of perceived indifference to Russian aggression is also a subtle way of sending a message to the West that India, although powerful enough to deal with the Chinese aggression on its borders, is certainly not very happy with its perceived silence against the middle empire. It also reminds the West that there should not be two separate criteria for the security of different nations in different parts of the world. When Russia turns aggressive, NATO-led Europe rushes for its safety when it has not even found the words to question China’s repeated aggression against India, Taiwan, the Philippines, Japan and others.

Finally, the manner in which Russia easily vetoed the Security Council resolution against its aggression in Ukraine also raises questions about the urgency of restructuring the United Nations and, in particular, the Security Council. of ONU. This is something India has been asking for for some time and most European countries, including Russia and France, have accepted. However, the US and UK remain confused while China, as expected, remains vocal against the proposal, fearing India emerging as another big challenger.

While morality and principle as fine words will continue to be used in diplomatic parlance and conference debates, the fact that national interests, as determined by the respective great power administration, remain paramount and will dictate the course of international relations for the foreseeable future.