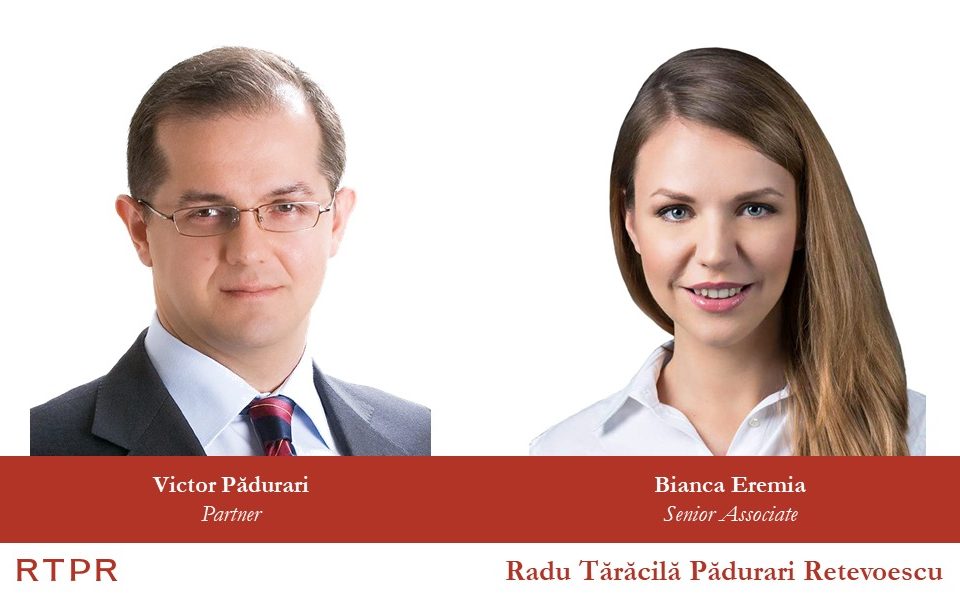 RTPR assisted the EBRD in the framework of the loan granted to Calihory Group operating under the DONA brand, one of the main retailers and suppliers of pharmaceutical products in Romania, to finance the expansion and modernization of the company’s network, the acquisition of computers, equipment and a fleet of cars. The loan for a maximum amount of 12.5 million euros was granted to SIEPCOFAR SA, DONA LOGISTICA SA and DONA CARGO SRL.

“We are delighted to announce a new financing in which we have acted for the EBRD, one of our long-standing clients. We have been advising them for a long time on numerous mandates in Romania. Their confidence honors us and I hope that we will also have the chance to collaborate on other future projects. Congratulations on another successful project!”, said Victor Padurari.

“I am proud to have had the opportunity to advise the EBRD on this financing and to add it to the already outstanding deal portfolio of our banking and finance team. It was a challenging project that covered multiple complex legal aspects for which we found the best solutions and ensured a quick completion.“said Bianca Eremia.

The RTPR Banking & Finance team is one of the most experienced and valued in Romania, having extensive expertise in the most important transactions in Romania and the region. Each year, the prestigious international legal directories Legal 500 and IFLR1000 position RTPR’s Banking and Finance practice at the top of their ranking for Romania. At the same time, several of the firm’s lawyers are recommended as Leading Lawyers in the individual rankings.

The selected financings in which the RTPR has recently been involved are presented below: