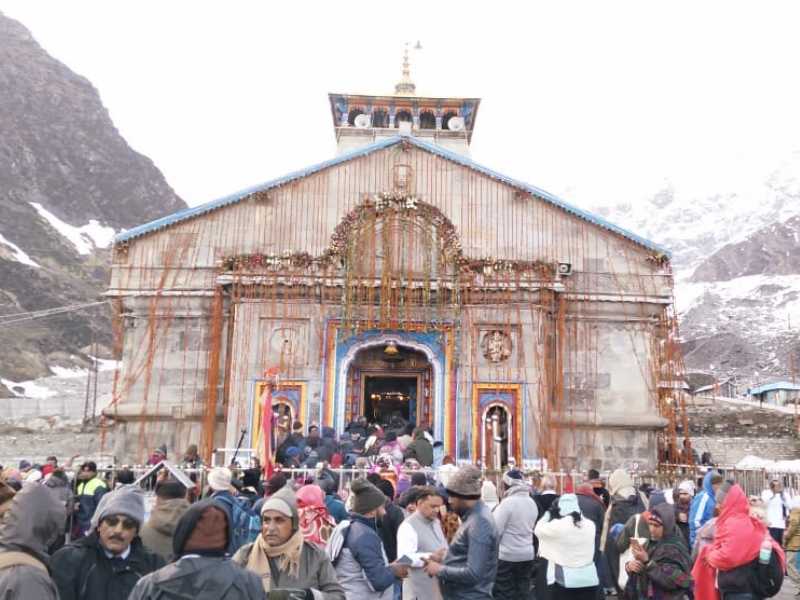 Not just the number of pilgrims, focus on making Char Dham Yatra a qualitative experience

Already, we were told, registrations for the annual pilgrimage have touched the 3 lakh mark. While the high attendance is likely to boost the morale of travel professionals like tour and tour operators as well as hotel and shop owners, the success of the six-month pilgrimage season should not be measured simply in terms of number of pilgrims. attracted.

Instead, the true success of the yatra would lie in ensuring a hassle-free experience for visitors. Often in the past, pilgrims have complained about overcrowded hotels, poor handling of helicopter bookings as well as lack of civic amenities including piles of garbage left unattended in the dhams, especially during high season. Appropriate checks are necessary to ensure that these problems do not reoccur.

For many, the pilgrimage is a unique experience and the memories they make during the trip will define their image of Uttarakhand. Therefore, it is all the more important that the state prepares to do its best.

The government’s recent decision to limit the number of pilgrims per day according to the reception capacity of each dham is a good measure to ensure efficient management of services.

However, much more needs to be done to ensure that pilgrimage becomes a valuable experience and is not just an exercise in numbers.

One idea to consider in this regard is the promotion of “slow tourism” on the yatra circuit. Currently, the yatra is a ‘fast track’ activity where the emphasis is on jumping from one dham to another within a limited time and completing the entire circuit in a minimum of days.

In its essence however, a yatra is a journey to be taken for reflection and contemplation and should be undertaken without haste, soaking up the essence of each shrine.

In this context, I recall an account of the pilgrimage to Badrinath and Kedarnath written by Swami Akhandananda, a direct disciple of Ramakrishna Paramhansa, who visited the two shrine cities in the late 1880s. In his travelogue, ” Holy Wanderings: In the lap of the Himalayas,” he writes, “The joyful cries of pilgrims ‘Jai Kedarnath, Jai Badri Visal’ echoed and echoed through the mountains….All travelers on the road are driven by the same desire and hope… They all meet in the same place, all stay in the same chatti (rest house), bathe together in springs, eat together, rest together. This is where I understood the true meaning of a pilgrimage… it is during a pilgrimage that men and women become aware of the virtues of renunciation, abstinence, penance and similar moral qualities which arise in their minds and inspire them.

The state tourism department had some time ago conceptualized a plan to revive the ancient pilgrim route to the dhams. A team of hikers has also been dispatched to identify and revive these routes that cross forests, rivers and mountains. Engraving these routes and encouraging those who are fit enough to undertake the pilgrimage through these routes can help a lot in discovering the true essence of a pilgrimage, as Swami Akhanandananda described in his travelogue.

It would also help boost local economies and provide additional income to villagers who live along these roads.

This would be another way to make the Char Dham Yatra a qualitative experience for all involved.

The opinions expressed above are those of the author.