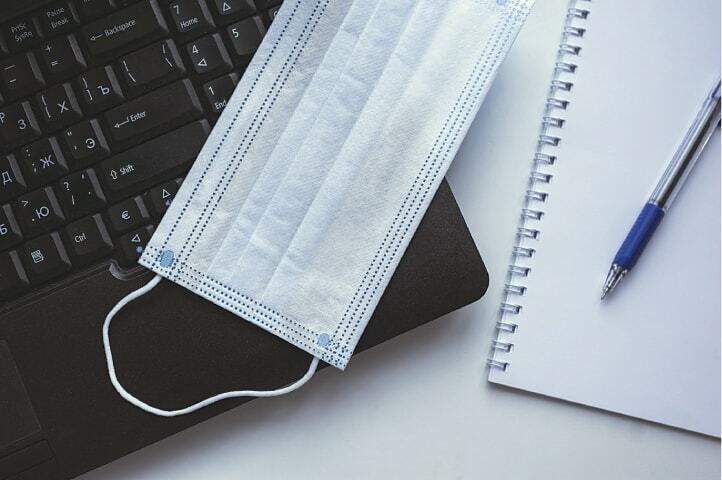 “Sometimes,” opens A Pandemic in Residence: Essays from a Detroit Hospital, “it takes the collapse of a system to see things clearly.”

Clarity in the midst of collapse – this is the theme that runs through the first collection of essays recently released by Pakistani-American doctor Selina Mahmood, and it couldn’t be more timely.

The world we live in is the world that Covid-19 has made for us: like the greatest human catastrophe since the last world war, like a modern plague that has shaken all of our lives, like a private pain that affects the way we feel and touch and breathe.

But in the midst of its rubble, the problem we face is old: how do you lend words to such a vast change? In the face of a global crisis, it’s only fitting that the answer comes from a neurology resident, who died in Lahore, and who now works at the Henry Ford Hospital in Detroit, Michigan.

A First Collection of Essays is a Resident Doctor’s Diary on Coronaviruses as well as a Book of Big Ideas on Family, Migration, Creation and Loss

Although Mahmood’s book seems comprehensive without affecting the being, it’s hard not to think about what American writer Susan Sontag said about something on the same subject: sick. “

This is more than true for the author, a double national of several kingdoms, where the disease in question is fresh, brittle and exhausting. Critics tend to go too far when they say that good books are about the human condition. But A Pandemic in Residence points a high IQ laser at human disorder – cast in relief by the coronavirus – and makes sense of it.

These essays were written on the same days as the rise and rise of contagion, and it shows. What the West has since called a bad dream has come true again – the rush to stock up on toilet paper, the thug opinions, Bill Gates’ conspiracy theories. March 2020, already one of the most horrific months in history, is also the month when Mahmood hospital registers its first death from Covid-19.

“It’s the young dead who take you by surprise,” writes the author. Although the same danger extends to the medical residents of the hospital more than most, Mahmood’s courage is genuine and subconscious: â€œI don’t think any of us are really considering dying from this; this worry is always reserved for others, but it makes you think.

Phrases like these tend to convey how much we demand of the universe of our physicians: that they be stoic enough to fight disease and organ failure every day, and yet human enough to push the envelope. ‘needle, to tell us that those we love will not make it.

Far from clinical detachment, however, Mahmood’s own story – of family, migration, and the broader issues of creation and loss – weaves its way through his essays. Daughter of former resident doctors, she retraces her parents’ footsteps with talent and emotion. “My father’s earliest memories are blue,” she wrote, “… as he approached the hospital in meerschaum scrubs.”

This is also where she finds herself twenty years later. â€œEvery time I see my dad in the fluorescent shades of the hospital he calls a second home, keen in place, eyes shining, it reminds me – I can be better, human, a human. It amazes me as much as it breaks my heart to see how happy it makes him to see me here.

However, these essays are not easy to read: Doctors tend to confront disease, and death is never far from the scene. The journeys in the autopsy room devastate the reader as much as the writer: “Of a complex and infinite creature, spent years learning … not even reaching a fraction of reality, to end up like this? How to live life, constantly on the edge of it? Where were their souls? All my eyes imprinted on me, it was death.

At the same time, the book has a lot of compassion. Places such as delivery rooms are treated with empathy – the author is there in the intensive care unit in Lahore when a pregnancy results in bleeding, while the family outside keep screaming if it’s a boy. The answer is complicated.

The author is in a similar room in Detroit some time later, witnessing the heartbreaking delivery of a 13-year-old girl – [if I was okay], but continued to feel dizzy and asked to come out; one of the nurses offered me a glass of ice cubes as I slumped against a wall.

Between the reparation of souls in the East and in the West, there is also the inescapable question of borders. Unlike the usual diaspora tropes, the author has the good sense not to want them. â€œBorders are necessary,â€ writes Mahmood, â€œâ€¦ borders of self, family, nation, etc. Now that they exist, they exist – although the question of their porosity remains: do you open them or split them? “

As his obvious affection for Lahore makes clear, this is a heavy question. “I left Lahore for New York after graduating from medical school, and this time there was no eternity in the past, no return in sight.”

We are also reminded that children of the second generation “are projected to live in a dream they never dreamed of”. Yet Mahmood’s decision echoes that of his father: â€œI have often wondered what memories my father lives for; his family, his childhoodâ€¦ it was a rare moment during a dinner in Lahore with my little sister where he told how he had moved for the first time after having obtained his medical degree: I looked out the window of the plane and I knew; I knew I was leaving forever.

Calling this collection just a corona journal, then, wouldn’t do it justice; it’s also a book of big ideas and it names the brains behind them: Austrian neurologist Viktor Frankl in search of the meaning of life; Irish poet and playwright William Butler Yeats on the poetry of memory; and American screenwriter Graham Moore on the line between the great and the good, with the author’s own thoughts in between.

It gives what might have been a period play – the story of a resident doctor on the verge of plague – a touch of eternity. A Pandemic in Residence is written with heart, humanity, and the kind of intellectual power that made it possible to end up with a vaccine in record time.

Because, as devastating as the previous year was, it took a triumph of will – of medical professionals and government officials sympathetic to them – to pull us all out of the abyss. These logs don’t just bear witness to the fight, they also talk about the sort of truth-seeking that made this fight so necessary in the first place.

To conclude on a note of caution – one already mentioned in the title – it is a pandemic which is still very present. The Covid-19 is a running exercise in intellectual humility; it’s an opportunity to look to each other and say â€œwe really don’t knowâ€. According to the very last line of the book, “If this sounds like the end, it’s not the end.”

It is as much a diagnosis of a pandemic as anything else.

The examiner is a lawyer. he tweets @AsadRahim