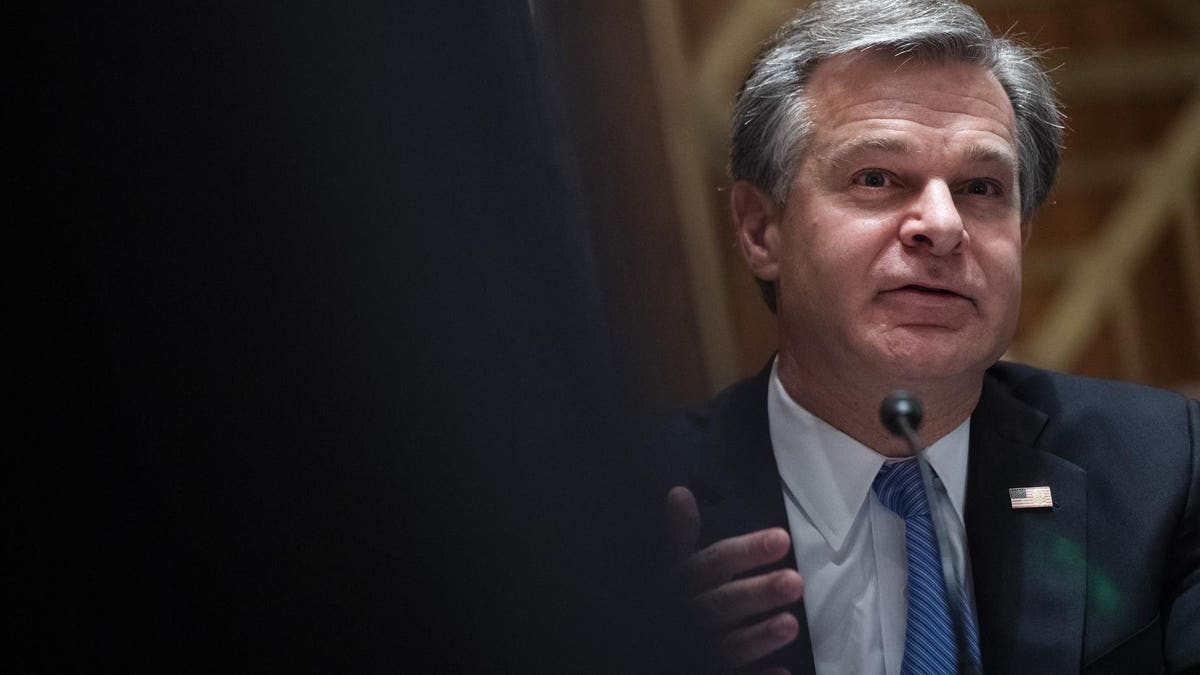 FBI Director Christopher Wray said on Tuesday he had “seen no evidence” that the Jan.6 attack on the U.S. Capitol was organized and carried out by left-wing groups posing as supporters. of Donald Trump, as some of the former president’s allies have claimed in the aftermath of the insurgency.

Testifying before Congress about security failures in the deadly attack, Wray said the agency saw “no evidence” that violent anarchist extremists were involved in the attack.

“That’s not to say that we aren’t looking or that we won’t continue to watch, but as of yet, we haven’t seen this,” Wray told lawmakers.

Wray said the cases his agency has seen so far fell into two categories: violent extremists affiliated with militias (people who identify with groups like the Proud Boys and Oath Keepers) and extremists. with racist motivation.

“There are already people arrested that we would classify as racist-motivated violent extremism,” Wray said, adding that some of these individuals were classified as “white supremacists”.

300. This is the number of people arrested in connection with the attack on the Capitol, according to Wray. Investigations are currently underway in 55 of the 56 FBI field offices.

Supporters of the former president began to spread the conspiracy theory that the January 6 attack was orchestrated by left-wing anarchists in the aftermath of the event. Fox news host Laura Ingraham and former vice presidential candidate Sarah Palin had sharing the claim with millions of network viewers at the end of the day, while Rep. Matt Gaetz (R-Fl.) almost immediately claimed that many rioters “were members of the violent terrorist group Antifa.” Republican Senator Ron Johnson (Wisconsin) say again the claim that “Trump’s bogus protesters” were responsible for the violence while putting pressure on top Capitol Hill security officials in a hearing last week.

Lawmakers are pressuring senior security officials to see if there was enough intelligence warning about the January 6 attack. While former U.S. Capitol Police Chief Steven Sund and DC Metropolitan Police Department Chief Robert J. Contee III said they received little or no warning from the FBI of violent attack plans Wray testified on Tuesday that one of his agency’s field offices sent a warning the night before “in three different ways.”