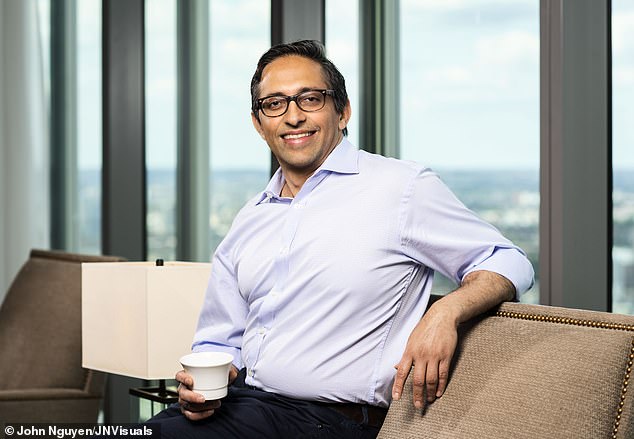 For years, the British bank seemed to be a closed shop. A slew of start-ups, including Internet bank Egg and German challenger N26, have sunk without a trace after trying to break the dominance of Barclays, Lloyds, NatWest and HSBC.

In fact, only Santander, Nationwide Building Society, and digital newbies Monzo, Starling, and Revolut can claim real success in driving customers away from their much bigger rivals. And even then, it is a triumph in relatively modest proportions: in the end, the “big four” still control a colossal seven out of ten personal current accounts.

This week, however, the threat level is expected to increase by several notches. On Tuesday, US giant JPMorgan will launch a UK digital bank, Chase, with the aim of launching a major challenge to the dominant players in the UK market.

Chase shares the same name as its US retail bank, which serves half of US households. Its Â£ 340 billion parent company, JPMorgan, is a renowned investment bank with extremely deep pockets.

The arrival of Americans in the UK current account market is a milestone. And Chase’s Indian-born boss Sanoke Viswanathan has no illusions about his parent company’s ultimate goal.

“We took this decision very, very seriously and spent years thinking about it,” he told The Mail on Sunday. â€œWhen we got involved, we knew it would take a long time to break even and start delivering real profits for the business. [To do that] you have to be one of the best banks. So that’s our goal, and we’re patient, we’ll get there. We are launching a bank that will be present in the UK for a long time. We do not take this lightly.

Chase will start off as a sleek banking app with top-notch customer service and no branches. Part of the reason for this is that Viswanathan believes its main competitors – aside from established banks – will be tech giants such as Alibaba and Tencent in China, and Amazon, Google and Apple in the United States.

JPMorgan global chief Jamie Dimon himself warned earlier this year that big tech was already a “huge competitive threat” to banks. â€œThere has been a real change in the competitive landscape,â€ Viswanathan says, echoing his boss.

â€œThere are big tech and e-commerce giants that are very much in this space now and will increasingly see themselves as financial service providers.

â€œThe Chinese giants, whether they succeed in the UK or not, are certainly trying, as are other tech companies. It’s hard to say exactly how things will turn out – we’re in the opening rounds and there’s a long way to go before we see the winners.

Although the Big Four UK banks have improved their game in recent years, launching mobile apps and better online services, Viswanathan believes their offerings fall short. For example, one of Chase’s points of difference will be offering all-day and all-night customer service, seven days a week.

Viswanathan says that with just two clicks of the app, Chase customers will be connected to support staff based in Edinburgh and around the world, who will be working around the clock.

â€œWe believe this is still a gap in the industry,â€ says Viswanathan. ‘Not a lot [banks] did it because it’s expensive.

He argues that Chase is uniquely positioned to take on the big banks and tech giants because he can offer modern digital banking services backed by a trusted old institution that has been protecting customers’ money for more than two centuries.

Chase will launch this week with “competitive” rates and offers to attract the first wave of customers, Viswanathan said. Then, over time, he wants Chase to become a “super app” that can manage your pension, insurance, investments, mortgage, and help you save on energy bills and other utilities. Customers can also expect rewards and perks such as travel and entertainment discounts.

Viswanathan believes now is the time to step in before tech giants shift from payment services like Apple Pay and Google Pay to full-fledged current account offering. If Chase is successful in the UK, the idea is to generalize the concept. Viswanathan says: â€œWhy start in UK? All of the research we’ve done shows that customers demand great service that they can easily access. And that’s what we’ve built.

Viswanathan, 46, grew up on a farm in rural South India and studied engineering at university. But he’s no stranger to banking in Britain or the United States. Prior to Chase – which he started working on in 2018, when the project was codenamed “Dynamo” – he held a management position at JPMorgan’s investment bank in London, specializing in technology. And before joining the US bank in 2010, he worked for the McKinsey advisory center, advising the US government during the financial crisis.

Viswanathan knows Chase’s growth won’t be easy. Egg, an online bank started by Prudential in 1998, is also committed to providing top-notch customer service, for example. It didn’t take off and ended up being sold piecemeal.

Chase hopes his goal of becoming a “super app” will set him apart. The bank has already acquired Nutmeg, an online wealth management company, and has the firepower to continue acquiring targeted businesses to rapidly expand its services. “Acquisitions are going to be part of the mix,” confirms Viswanathan.

So are the rewards. In the United States, Chase – which has both branches and an online presence – acquired CX Loyalty to provide travel benefits and rewards to spending credit card customers.

â€œWe’re known for our awards in the United States,â€ Viswanathan says as if to drive home the point. â€œAnd we will be on a global scale. ”

Some links in this article may be affiliate links. If you click on it, we can earn a small commission. This helps us fund This Is Money and keep it free to use. We do not write articles to promote products. We do not allow any commercial relationship to affect our editorial independence.