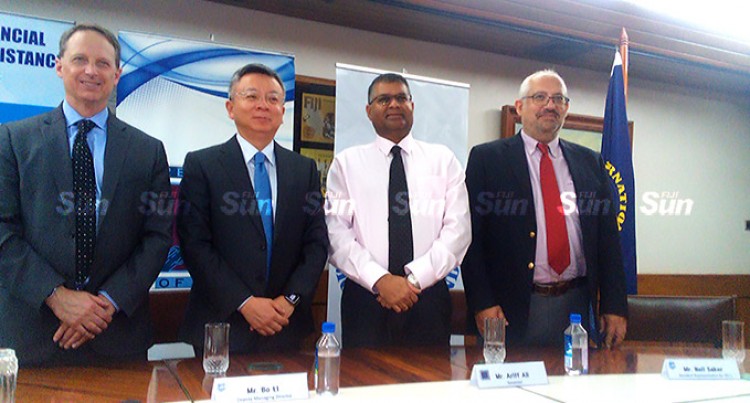 Now that the economy is recovering, Fiji can start talking about fiscal consolidation and structural reform to put the economy and public debt back on a sustainable growth path.

Now that the economy is recovering, Fiji can start talking about fiscal consolidation and structural reform to put the economy and public debt back on a sustainable growth path.

This was underlined by the Deputy Managing Director of the International Monetary Fund, Bo Li.

He said Fiji was in a safer position, but that didn’t mean there weren’t problems.

He expressed concern about the high level of public debt and the inflation rate and said it was because of the global environment and rising prices.
energy and food prices.

He suggested that it was important to have a combination of macroeconomic policies like fiscal policy, monetary policy, financial and structural reform to move the country forward.

“A lot of vulnerable people are affected by this high price of food and energy, so in this kind of situation, a targeted fiscal policy that will support the vulnerable group is important,” he said.

“Fiscal policy must be designed correctly so that we can target and support the group without creating additional pressure on public debt.”

He said that due to the pandemic, the government needed to spend more to support the economy and its people, so this increase in public debt was understandable.

Future Shock
Li said the public debt of a small developing country like Fiji makes the country highly susceptible to external shocks, including turmoil and volatility in international markets.

“That’s why we informed the Fijian government that; now that the economy is rebounding, we need to think about a medium-term fiscal consolidation plan to create space to better withstand shocks in the future.

Fiji and Sri Lanka
Mr. Li said Fiji’s economy differed from that of Sri Lanka in some important respects, including:

• Public debt in Sri Lanka is much higher than in Fiji

• We expect a double-digit economic rebound this year

• Foreign reserves are sufficient to cover 7-8 months of imports, Sri Lanka can only cover one month

He said Fiji was now in a much safer position.

He added that the IMF would continue to engage with the Fijian government to discuss diversification, market development and other potential areas that could help bring the economy back onto its sustainable path.

Review recommendations
Governor Ali said they would consider some of the recommendations made by the IMF and that their meeting yesterday was to review the opportunities for Fiji.

He said there were a number of fronts Fiji could work on to raise growth potential by three to at least five percent.

One of the areas to be examined was structural reform and human capital.

Meanwhile, Li will meet government officials and also attend a steering group meeting of the IMF’s Center for Financial and Technical Assistance for the Pacific.