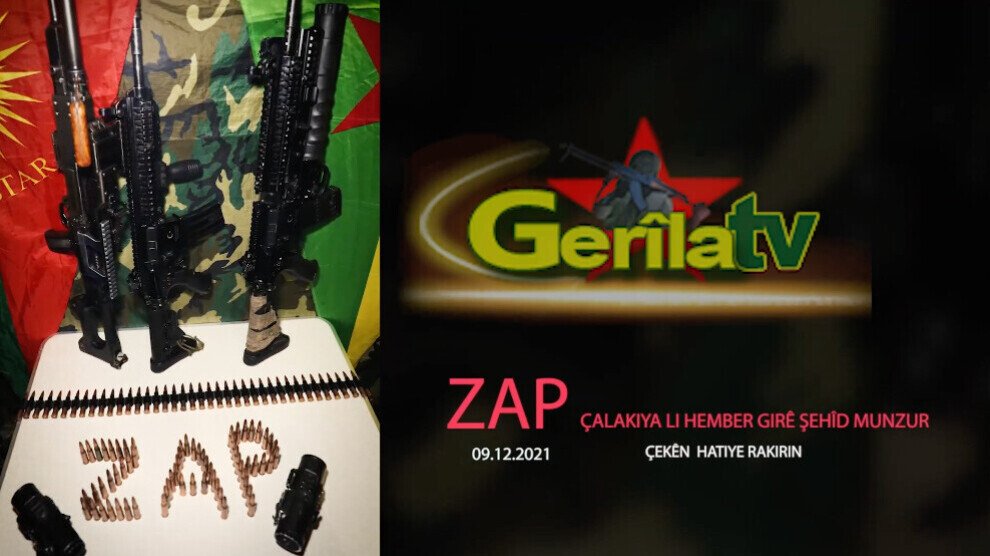 HPG’s Media Center shared information about the operation, which reads:

“On December 8 and 9, the guerrilla forces carried out a qualitative revolutionary operation against the occupying army using their modern tactics in the area of ​​martyr Munther in Zab, here is the detailed information about the operation that was launched during the revolutionary Zagros Hawks campaign:

Our first and second professional attack units carried out a simultaneous attack at 1 a.m., targeting two sites and a point of concentration belonging to the occupying army, where the first axis of the operation targeted a point of concentration in the using bombs and personal weapons, killing five occupying soldiers, seizing two M-16 cannons, a grenade launcher, BKC weapons, a bag and much of their military equipment.

The fourth and fifth axes destroyed targets in Badawi Castle with heavy weapons “.

“Our mobile forces managed to hit all targets on the hill within 10 minutes using professional tactical methods, while our forces suffered no casualties, while the Turkish occupation army killed 8 soldiers. occupation forces and two M-16 guns, a BKC weapon, a suitcase and many military equipment were also seized “.

This operation came in retaliation for all the martyrs who were martyred as a result of the use of chemical weapons by the Turkish occupation army.