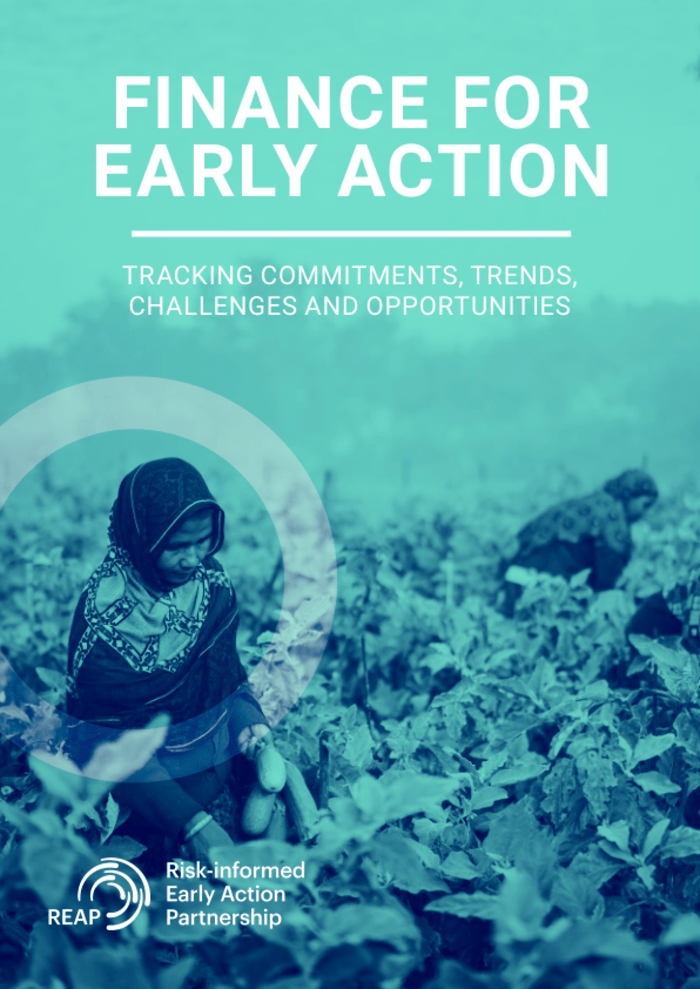 This study, commissioned by the Risk-informed Early Action Partnership (REAP), aims to document early action funding commitments, trends, opportunities and challenges. It provides details on recent funding pledges for early action, aims to improve understanding of where resources are coming from and how they are spent, and documents the evolution of the funding architecture. It includes recommendations on how to increase and improve funding for early action.

This study focuses on “anticipatory financing” as well as “early response” financing. There is no internationally agreed definition of ‘early action funding’, so the study adopts a working definition encompassing ‘anticipatory funding’ (funds are released before impact peaks in a danger that is known to be imminent, in order to reduce these impacts) but also includes funding for “early response” (funding is released after the shock but arrives quickly). This working definition includes all “pre-arranged” financing where funds are released based on previously agreed triggers and thresholds, for example, contingent loans and insurance. The study also looks at non-triggered crisis financing instruments and funds, for example crisis response funds, as they are widely used and some are able to provide support quickly after a shock.

There are multiple instruments and approaches to financing crisis risk and response, each varying in speed and complexity. These can be categorized into five groups, shown in the pyramid figure below. The pyramid is an oversimplification, but it shows that crisis financing can vary in its level of sophistication, how far it is organized in advance and when it comes into play in a crisis. The reality is much more complicated and unclear, and some specific instruments or funds overlap the categories. Within each layer there are also examples of faster and slower instruments or backgrounds.