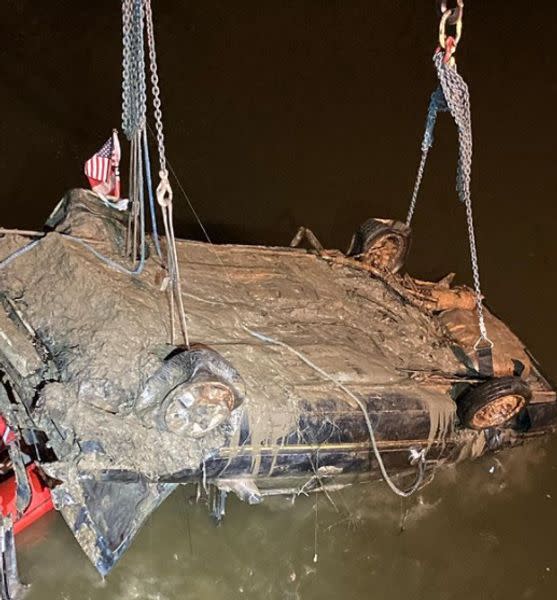 A car believed to have belonged to a pregnant woman who went missing with her baby daughter in Arkansas in 1998 was found submerged in 8 feet of water on Tuesday, with human remains inside.

Authorities said the blue Ford Tempo pulled from Lake Dardanelle in Russellville fitted the description of one driven by 19-year-old Samantha Jean Hopper, who was reported missing with her 22-month-old daughter Courtney Holt over 23 years ago, in September. 11, 1998.

Hopper was reportedly eight months pregnant when she disappeared.

She was scheduled to drop off her daughter before going to a concert in Little Rock, the Pope County Sheriff’s Office said in a press release on Wednesday, but they never arrived and their car was “never located” .

Divers from the non-profit Adventures With Purpose began searching for the vehicle with sonar systems after learning of the disappearance, volunteer Douglas Bishop told KARK.com.

The remains found inside the vehicle “will be sent to the Arkansas State Crime Lab in Little Rock for DNA testing,” the sheriff’s office said.

Pope County Sheriff Shane Jones sent “his sincere condolences to the family of Samantha Hopper and Courtney Holt,” saying the office was “grateful to have contributed a small portion to help bring this 23-year case to a close. “.

This article originally appeared on HuffPost and has been updated.