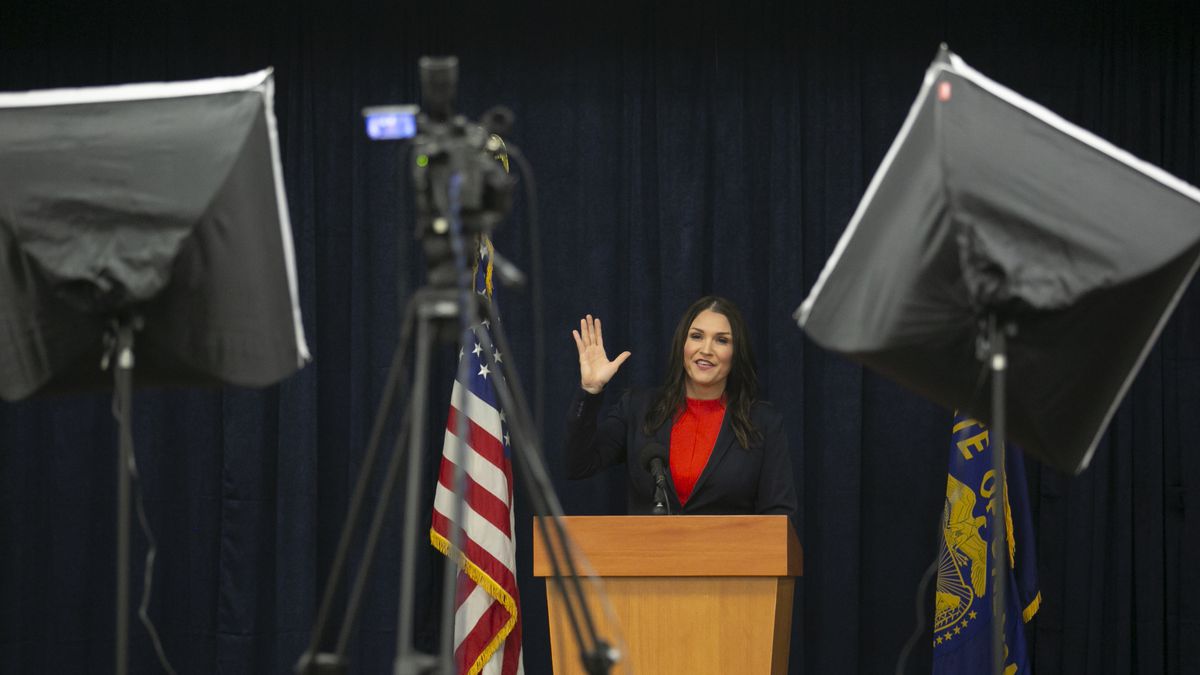 For the second time in this election cycle, a ruling by Secretary of State Shemia Fagan looks set to land in the Oregon Supreme Court.

On Wednesday, the petitioners behind three proposed ballot measures to set limits on campaign donations in Oregon asked the court to overturn Fagan’s decision to reject their proposals. The petitioners – James Ofsink, Rebecca Gladstone and Jason Kafoury – claim that Fagan wrongly rejected their measures, jeopardizing the state’s ability to rein in campaign spending.

“Our elections are among the most expensive per capita in the United States,” Gladstone said in a statement. “We call on the Supreme Court to grant our motion and overturn the Secretary’s unprecedented new demands, so voters can restore balance to Oregon’s democracy.”

If the justices accept the petition, it would be the second time in just over a month that the state’s highest court has agreed to once again give Fagan’s reading of the election law, with potentially important precedents. in the balance.

On Thursday, the state Supreme Court is expected to rule on Fagan’s decision to reject former New York Times columnist Nick Kristof’s candidacy for governor. The secretary discovered in January that Kristof did not meet the three-year residency requirement to become governor. Fagan concluded that he lived and voted in New York State in 2020.

Kristof’s case, regardless of his exit, will likely provide new legal certainty about how the state’s constitutional residency requirement for governor should be interpreted by election officials. In the process, it would fundamentally shape a Democratic gubernatorial primary in which Kristof, with his prodigious fundraising, could be an important player.

The issues presented in the other case are more nuanced, but could still have major implications for this election year.

Fagan dismissed initiative petitions 43, 44, and 45 due to his reading of a 2004 case in the Oregon Court of Appeals. Based on this opinion, Fagan ruled that the measures failed to meet a constitutional requirement that they write, in their entirety, the language of any law that they would even slightly modify.

Article IV, Section 2 of the state constitution states that: “A motion petition shall include the full text of the bill or amendment to the Constitution.”

In the case of IPs 43-45, the petitioners proposed changing a paragraph of the state’s anti-corruption law in less than 20 words. But they also didn’t include another paragraph of the law that they didn’t want to touch.

Fagan says that was a mistake. In line with a similar ruling she made in rejecting a measure last year, she blocked proposed campaign finance measures from moving forward.

“I am disappointed to report that the petitioners for three campaign finance measures failed to meet the constitutional requirements in their petition filing,” Fagan said in a Feb. 9 statement. “The 43, 44, and 45 petitions do not include the full text of the law they seek to change, which is a long-standing requirement of the Oregon Constitution.”

In their filing Wednesday, proponents of those proposals say Fagan is misapplying the law.

For starters, they say, the 2004 Court of Appeals decision it used to dismiss their measures was rendered moot before the Oregon Supreme Court could decide whether it was correct. According to them, this result means that it should not be used as a legal precedent. Instead, they cite a 2007 court ruling, later upheld by the state Supreme Court, which they say proves they only had to include the text of the law they were proposing. to modify.

The petitioners also say that Fagan’s reading of the law does not fit the story. The “full text” requirement set forth in the Constitution was added in 1902, they claim, long before Oregon had a running list of Oregon’s revised statutes updated regularly. Until 1953, legislative changes made by the Legislature were printed in volumes every two years, but compiled into a single document about once a decade.

“It is the full text of the measure, a bill, that must be included; not the full text of unchanged statutes on similar or related subjects,” the lawsuit states. “Yet that’s what the secretary demands.”

The petitioners point to a fact that Fagan’s office conceded: the former secretaries read the law differently and allowed the ballot measures to proceed without including the entire section of the law that would be changed in part.

Ofsink, Gladstone and Kafoury, argue in their petition that a Supreme Court review is the only feasible way to get any of their measures through to voters this year. In order to qualify a measure for the November ballot, they must muster more than 112,000 by July 8.

The ballot proposals differ in their specifics, but each would create new limits on the amount of money that individuals, advocacy groups, labor organizations, businesses and political parties can contribute to candidates and causes. They also include requirements that political ads display top donors and that so-called “dark money” groups reveal their funding sources if they engage in campaigning.

Oregon is one of the few states that places no limit on the amount an individual or entity can donate to candidates, a fact that contributed to the explosion in campaign spending in the recent election. But voters have signaled they are eager to end this trend. A ballot measure that amended the state Constitution to formally allow limits on campaign donations passed in a landslide in 2020.