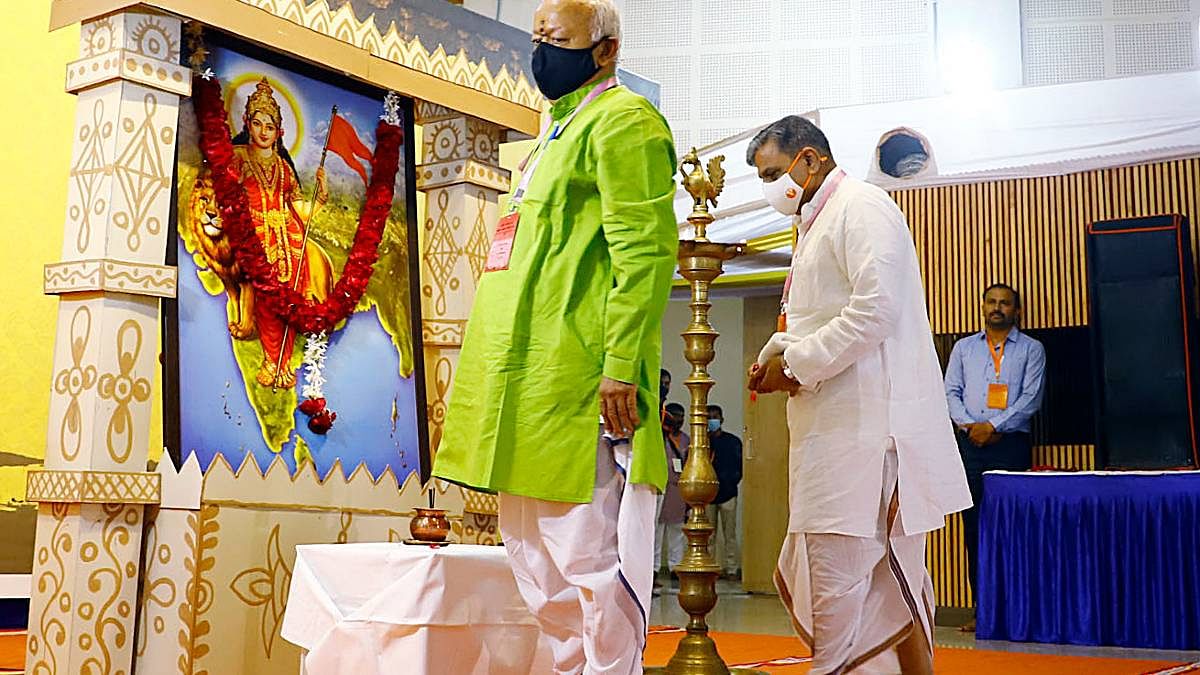 New Delhi: Moving away from Ram Mandir, religious conversion and other issues, the Rashtriya Swayamsevak Sangh has admitted for the first time in many years that the country needs more employment opportunities.

In a resolution adopted on the issue on Sunday during the three-day Akhil Bharatiya Pratinidhi Sabha held in Ahmedabad, the RSS said India should focus on local industries to generate more jobs and discussed the need to create a “Bharatiya business model”.

“There has been a lot of discussion and debate going on. The younger generation is suffering from unemployment and the pandemic has made things even darker. We know some people are unemployable, but Bharat must have enough opportunities for others,” a senior Sangh official said.

“We cannot always rely on FDI (foreign direct investment) or support or foreign companies to come to the country and establish their stores to create jobs. Make In India was a good idea from the Modi government, but it needs to be further refined and get more investment,” he added.

Prior to the Uttar Pradesh elections, the RSS conducted a field survey to study the level of migration from the rural and semi-urban belt of the state. One of his centers of interest was Gorakhpur, an area which records a high migration to major cities every year.

“It was detailed work and we had submitted it to the Yogi government. We cannot turn a blind eye to unemployment. It is a crisis and it must be dealt with,” the senior official added.

“Bharat, with its abundant natural resources, vast human power and inherent entrepreneurial skills to transform our agriculture, manufacturing and service sectors, has the potential to create many job opportunities and bring the entire economy to greater heights,” the RSS resolution, titled “Need to Promote Labor Opportunities to Empower Bharat,” said.

“Society must contribute to complement the efforts of the government to build an Atmanirbhar Bharat. In the resolution, the Sangh talked more about agro-base, grassroots initiatives to promote rural areas and generate job opportunities,” Ram Madhav, a senior member of the RSS executive committee, told ThePrint.

“RSS affiliates including Swadeshi Jagaran Mancha and others have been doing this for a long time in every state. We need more enterprising individuals,” he added.

“We need to focus on MSMEs. This resolution is not about government policies but about the cumulative efforts of all Indians to overcome the challenge of unemployment fueled by the Covid pandemic,” Madhav added.

The jobs resolution is seen as the RSS acknowledging the serious crisis and how it negatively affects the new generation.

Read also : How the Modi government’s self-reliance efforts draw on the RSS model of the Swadeshi economy

Taking note of the disastrous impact of the Covid pandemic on jobs and livelihoods in India, the RSS resolution said, “We have also witnessed the opening up of new opportunities, which some sections of society have benefited. The Akhil Bharatiya Pratinidhi Sabha (ABPS) wishes to emphasize that the whole of society must play a proactive role in exploiting these work opportunities in order to alleviate the overall employment challenge.

During its meeting, the RSS discussed the need to create a “Bharatiya economic model” through local businesses and industries.

“ABPS is of the view that the impetus should be given to a Bharatiya economic model which is human-centred, labor-intensive, environment-friendly, emphasizes decentralization and equitable distribution of benefits and increases the village, micro, small scale and agro-based economy. industries,” the resolution reads.

“We must stimulate the employment of women”

The RSS resolution also referred to the need to boost rural employability and create more jobs for women.

“Areas such as rural employability, employment in the unorganized sector, women’s employment and their overall participation in the economy need to be boosted. Efforts are essential to adopt new technologies and soft skills appropriate to our societal conditions,” the resolution said.

The resolution notes the “many successful job creation models based on the above lines” across the country that have taken into account “local specialties, talents and requirements.”

Referring to entrepreneurs, businessmen, micro-finance institutions, self-help groups working in the cooperative sector, local direct marketing and skills development, thus encouraging businesses such as handicrafts, food processing, homemade products and family businesses, the resolution calls for their replication in other regions of the country.

“Some educational and industrial institutions have contributed significantly to job creation. The ABPS appreciates all successes that have generated sustainable work opportunities…. Efforts to inculcate the spirit of ‘Swadeshi and self-reliance’ in the society would give the right impetus to the above initiatives,” he added.

The RSS resolution also took note of “high foreign imports” and said the country should reduce its dependence on them.

He said the country’s manufacturing sector, which has “high employment potential”, needed to be strengthened, thereby reducing import dependency.

“A conducive environment for entrepreneurship should be created by educating and counseling people, especially young people, so that they can break out of the mindset of only looking for jobs,” he added.

A similar entrepreneurial spirit should be encouraged among women, villagers and those living in remote and tribal areas, the resolution says.

“Educators, industry and community leaders, social organizations and other institutions can effectively participate to this end. For this, it is essential that government and other efforts go hand in hand with these,” the RSS resolution said.