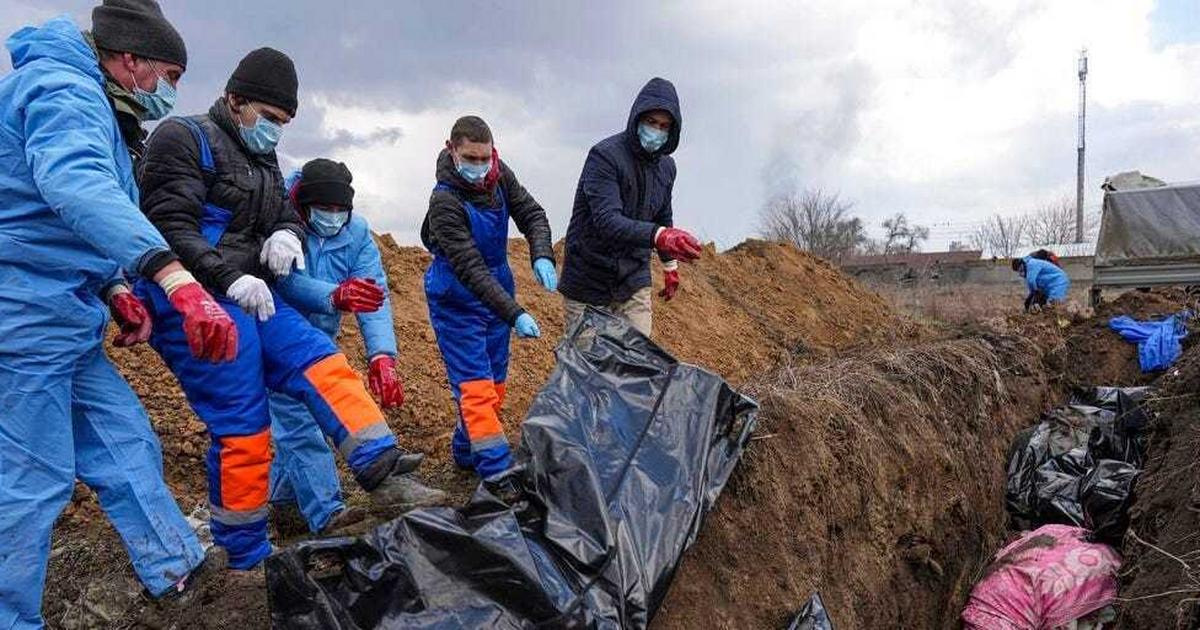 The number of civilians and soldiers killed continues to rise as Russian forces continue their attacks on the Ukrainian city of Mariupol, forcing city officials to bury the dead in mass graves, The Associated Press reported on Wednesday.

Morgues were inundated with the dead, so the city resorted to burying civilians and soldiers in a mass grave. A cemetery in the center of town now houses the site of the mass grave which is essentially a 25-meter (80-foot) long trench, according to the AP.

Civilians who died from shelling, military personnel killed, as well as those who died of natural causes were buried at the site.

The burial process is informal as danger in the area persists, the AP reported, citing that the cemetery itself was shelled on Tuesday.

The total number of bodies in the trench remains unclear, but between Tuesday and Thursday at least 70 people were buried in the trench, ABC News reported.

ABC News also reported that Russian forces carried out at least eight major airstrikes between Wednesday and Thursday, even hitting a maternity hospital on Wednesday. A fire department was also hit.

Dmytro Kuleba, Ukrainian Foreign Minister called the recent attacks the worst humanitarian disaster on the planet. The UN said on Thursday there had been at least 549 civilian deaths and 957 injured civilians nationwide since the invasion began on February 24, although the number is likely an underestimate.

Mariupol is a strategic city and faced heavy bombardment and was cut off from power. A Ukrainian woman named Marina Levinchuk told The New York Times that the city was without water, heat and gas, so residents had to resort to sharing food and cooking outdoors.

She recalled a text message sent by city officials advising residents to put the bodies of slain family members outside.

“Just put the body outside, cover it up, tie up the hands and legs, and leave it outside,” she told the outlet.